The vast majority of active managers invested in UK equities underperformed their benchmark last year, adding fuel to the criticism that stockpickers are failing to add value.

Looking at UK equity funds sold in Europe, nine out of 10 lagged behind their benchmark through 2016, according to figures from S&P Dow Jones.

This is a four-fold increase compared to 2015 when less than a quarter of funds failed to beat their benchmark.

Figures from the index provider found that UK equity funds fared poorly over all time horizons, with 62 per cent of funds underperforming over three years, 50 per cent over five years, and 74 per cent over a decade.

These findings come at a time when pressure has been mounting for active fund industry to create more value for investors.

Last year, the Financial Conduct Authority published a report which criticised active managers for the lack of fee competition.

Meanwhile, the data from S&P found that all active emerging market equity funds had failed to beat their benchmark over 10 years.

Emerging markets have had a turbulent decade, making a turnaround in 2015 after suffering years of losses.

The majority of European active equity funds lagged the benchmark also failed to outperform over one, three and five years.

He said it was likely some funds were impacted by a procrastination about the Brexit situation too, which led to more uncertainty.

“It is easy to default to a passive strategy to mirror the index,” Mr Milton said, adding however that when everyone is buying indices, it is usually time to buy active vehicles.

“We also find a trickle of ‘stupid’ people who have been fixated on the headline costs and respond to the popular media misinformation about costs,” he said, pointing out that some investors think a 0.75 per cent charge is better than 1.5 per cent when a superior outcome are offered with the more costly fund.

Patrick Connolly, certified financial planner at Chase De Vere, said: “Typically UK passive funds do well when the FTSE 100 does well, as these funds are forced to hold a high proportion of large cap shares.

“Similarly, UK active funds tend to perform comparatively well when mid and smaller companies do better as they tend to hold a larger proportion of these stocks than passive funds or the benchmark.”

He said he would only be concerned if mid and small cap stocks outperformed and actively managed funds still failed to beat the benchmark. 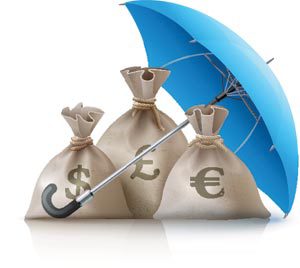