A significant boost to financial markets since Donald Trump’s election has helped the UK economy, a central banker has said. It may well turn out to be an illusion and so care is recommended.

Ben Broadbent, the deputy governor for monetary policy at the Bank of England, told the BBC that some of Mr Trump’s economic plans could help the UK.

Mr Trump has promised to cut taxes and boost US infrastructure spending, but also erect trade barriers, this may well have a positive effect for the UK.

“Financial markets have taken a relatively optimistic view so far of what it means,” he told BBC Breakfast.

“You’ve seen business confidence rise, particularly in the US, you’ve seen financial markets get more optimistic, and I think that has had some impact on us,” he said.

It does seem, however that the full effects of Mr Trumps policies are yet to be seen.

As was expected some global markets were boosted by the so-called “Trump effect” after investors bet on Mr Trump’s policies of infrastructure spending and lower corporate taxation coming to fruition and boosting the US economy.

The US Dow Jones share index broke through the 20,000 point barrier in late January for the first time ever as investor confidence built.

However, US markets have eased back this week amid growing uncertainty.

“There are other things the US administration has said that people may worry more about, or have done in some markets,” he said.

“And I should say overall that… there’s a lot we have yet to see about the detailed plans, including those for fiscal policy, for government spending and taxes and so forth, so we’ll have to wait and see.

“But so far, at the margin, yes, it’s been positive for global sentiment, and for that reason, and to that extent, for us as well.” 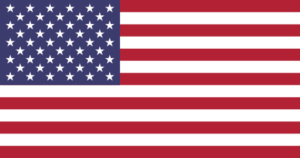