london rental market. Private rented sector to be worth £70bn by 2021

according to Knight Frank.

London rental market. The proportion of households living in the Private Rented Sector (PRS) will rise to 24 per cent by 2021, according to new Knight Frank Research.

Knight Frank’s latest PRS research, The Multihousing Report, released this week, also indicates that institutional investment in the PRS sector is set to accelerate over the next five years to £70bn. In addition, the report reveals the findings from Knight Frank’s Tenant Survey, reflecting the views of more than 10,000 people living in the PRS, making it one of the largest surveys of its kind ever conducted. It shows that 68 per cent of renters across the UK expect to be living in the rented sector in 3 years’ time.

Analysis of the key drivers in the rental sector, coupled with the outlook for household growth, indicates that 5.79m households will be in the PRS by the end of 2021, Knight Frank forecasts.

Young professionals (aged 25-34) make up the largest proportion of households living in the PRS; taking advantage of the increased flexibility of a tenure which allows moving between locations without any of the costs associated with buying or selling a property.

Recent policy changes, additional stamp duty on buy-to-let investments and the curbing of mortgage interest rate reliefs – marks a change for the PRS, but also creates potential opportunity for large-scale operators in the rental sector.

Large-scale institutional investment in Build-to-Rent or Multihousing, which only emerged in force in the UK in recent years, is now worth an estimated £25bn. Informed by a survey of the key investors and operators in the market, Knight Frank estimates that by 2022, this market will be worth £70bn 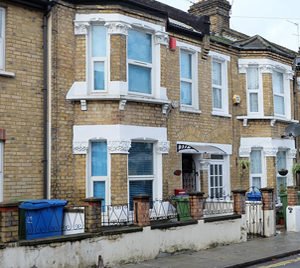