The euro and French equities surged on Monday as investors bet that Emmanuel Macron will probably beat Marine Le Pen in a run-off for the French presidency, removing the threat a Eurosceptic will run the eurozone’s second-largest economy.

The relief sweeping across European markets after Mr Macron took almost 24 per cent of Sunday’s first-round vote also buoyed French government bonds, which had been shunned in recent months as France’s tumultuous campaign raised fears that an anti-EU candidate would succeed François Hollande in the Élysée Palace.

French stocks led a rally in European equities, with the benchmark CAC 40 climbing by over 4 per cent as the share prices of banks recorded close to double-digit gains. The euro was up 1.4 per cent at $1.0872, while the premium investors’ demand to own French sovereign bonds over Germany dropped to below 50bp for the first time since late January. “Markets are fully pricing in a Macron victory,” said Jordan Rochester, a foreign exchange strategist at Nomura. “Macron is pro euro, pro business.” 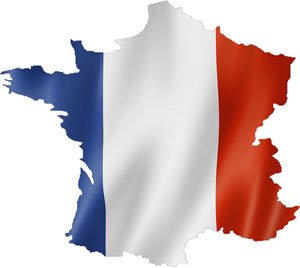