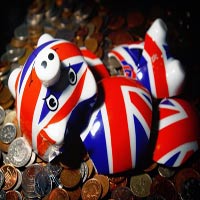 London was the UK’s weakest performing region for house prices for the first time since 2004 in 2017, according to Nationwide.

The building society reported house prices in the nation’s capital city were down 0.5 per cent year-on-year in 2017.

Robert Gardiner, chief economist of Nationwide, said: “The significant disparity in house prices across the UK has been a recurring theme in recent years.

“In this respect, 2017 saw the beginnings of a shift, as rates of house price growth in the south of England moderated towards those prevailing in the rest of the country.”

Overall, Nationwide reported UK house prices grew by 2.6 per cent last year compared with a 4.5 per cent increase in 2016.

However, he said this was offset by mounting pressure on household incomes, which exerted an increasing drag on consumer confidence as the year progressed.