Figures released today (28 July) from HMRC show the size of the tax burden the additional 3 per cent stamp duty land tax imposed on purchasers of second homes and buy-to-lets has had on those buying property in England, Wales and Northern Ireland.

So far in 2017/18 there have been 60,000 transactions of such additional properties, accounting for £1.8bn in total stamp duty receipts.

Of that total, £1.bn is attributed to the additional 3 per cent stamp duty land tax (SDLT) element.

Some property owners incur the tax because they have bought a second home before they have sold their main home.

Repayments of the additional properties’ rate are available to a purchaser who has sold their previous main residence within three years of paying the higher stamp duty rates.

Bill Dodwell, tax partner at Deloittes said: “The impact of the 3 per cent additional SDLT charge is huge. In England, Wales and NI, one quarter of residential property sales liable to SDLT are subject to the charge, which has raised £2bn since it started in 2016.

“HMRC have already made 10,700 refunds totalling £126m to homebuyers buying before selling, which highlights the financing cost for anyone needing to bridge.”

The higher rates of stamp duty land tax on additional properties were always likely to weigh heavy on the buy-to-let market and was largely designed to do exactly that, David Hollingworth, associate director, communications of L&C Mortgages, said.

“Although landlords will adapt and account for the higher stamp duty charge, it is undoubtedly an additional hurdle and the additional changes to tax relief on finance costs and tighter lending criteria will all have contributed to the reduced activity level in buy-to-let.”

Since 1 April 2016 anyone buying a second home for any reason has had to pay a higher rate of stamp duty than someone buying a property which will be their main home.

On second homes and residential buy to lets the 3 per cent additional stamp duty tax is charged on any property costing £40,000 or more. 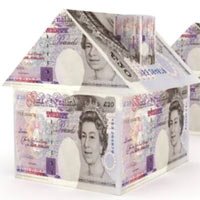