The key dates for Brexit Britain, following on from the monumental surprises of both the Brexit referendum and Donal Trumps election. Of course markets slumped after brexit, maybe based on the threats of ‘what might happen from the remain side which became a self fulfilling prophesy. President Trumps election had no such effects on the market and the Italian referendum was mostly ignored. Of course there is still time for for Investments to be effected both positively and negatively, so lets not be complacent, it may still happen.

The timescale for significant events for 2017 is as follows.

We are expecting 2 full budgets in 2017 as the budget will move to the Autumn and the spring will welcome a ‘statement’. This years budget will be an interesting one, to say the least.

In the Netherlands the far right populist Party for Freedom is in the lead in the polls. A win for them could dramatically effect the future of the Euro and even the whole of the EU. One to watch for.

Trigger Article 50 – By the end of March

United Kingdom PM Theresa May has promised to trigger article 50 by the end of March beginning the UK’s formal process of leaving.

If Marine LePen wins or even does convincingly well in the French presidential elections it could spell disaster for the EU and the Euro. This could have a massive destabilising effect but create opportunities as well. 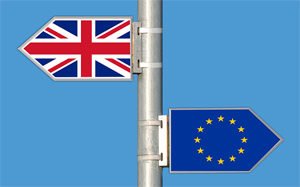